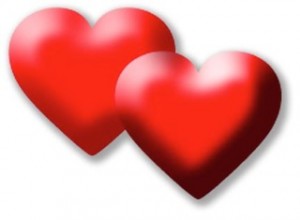 Do you want to cut the odds of a heart attack or stroke? Sometimes just small tweaks to your lifestyle can be a huge help. Try this step-by-step approach. Not at all helpful

1. At least she lived a long life, many people die young
2. He is in a better place
3. She brought this on herself
4. There is a reason for everything
5. Aren’t you over him yet, he has been dead for awhile now
6. You can have another child still
7. She was such a good person God wanted her to be with him
8. I know how you feel
9. She did what she came here to do and it was her time to go
10. Be strong

1. I am so sorry for your loss.
2. I wish I had the right words, just know I care.
3. I don’t know how you feel, but I am here to help in anyway I can.
4. You and your loved one will be in my thoughts and prayers.
5. My favorite memory of your loved one is…
6. I am always just a phone call away
7. Give a hug instead of saying something
8. We all need help at times like this, I am here for you
9. I am usually up early or late, if you need anything
10. Saying nothing, just be with the person

Take note of these hotlines:

8 Billionaires Own the Same Amount of Wealth as the Poorest 3.6 Billion People

That statistic comes from the charity Oxfam, which will present its report on widening inequality at the World Economic Forum annual summit, which kicks off on January 17 in Davos, Switzerland. While the event is attended by the world’s top business executives, policy makers and academics, the forum often focuses on issues touching on economic justice, such as income inequality. This year’s forum theme, for instance, is “responsive and responsible leadership.”

Oxfam said it didn’t name the richest 8 billionaires in its report because its goal is to call attention to the political and economic mechanics that are creating widening inequality. Still, the 8 billionaires are those at the top of the Forbes’ billionaire list, many of whom have pledged to spend large portions of their fortunes on charity.