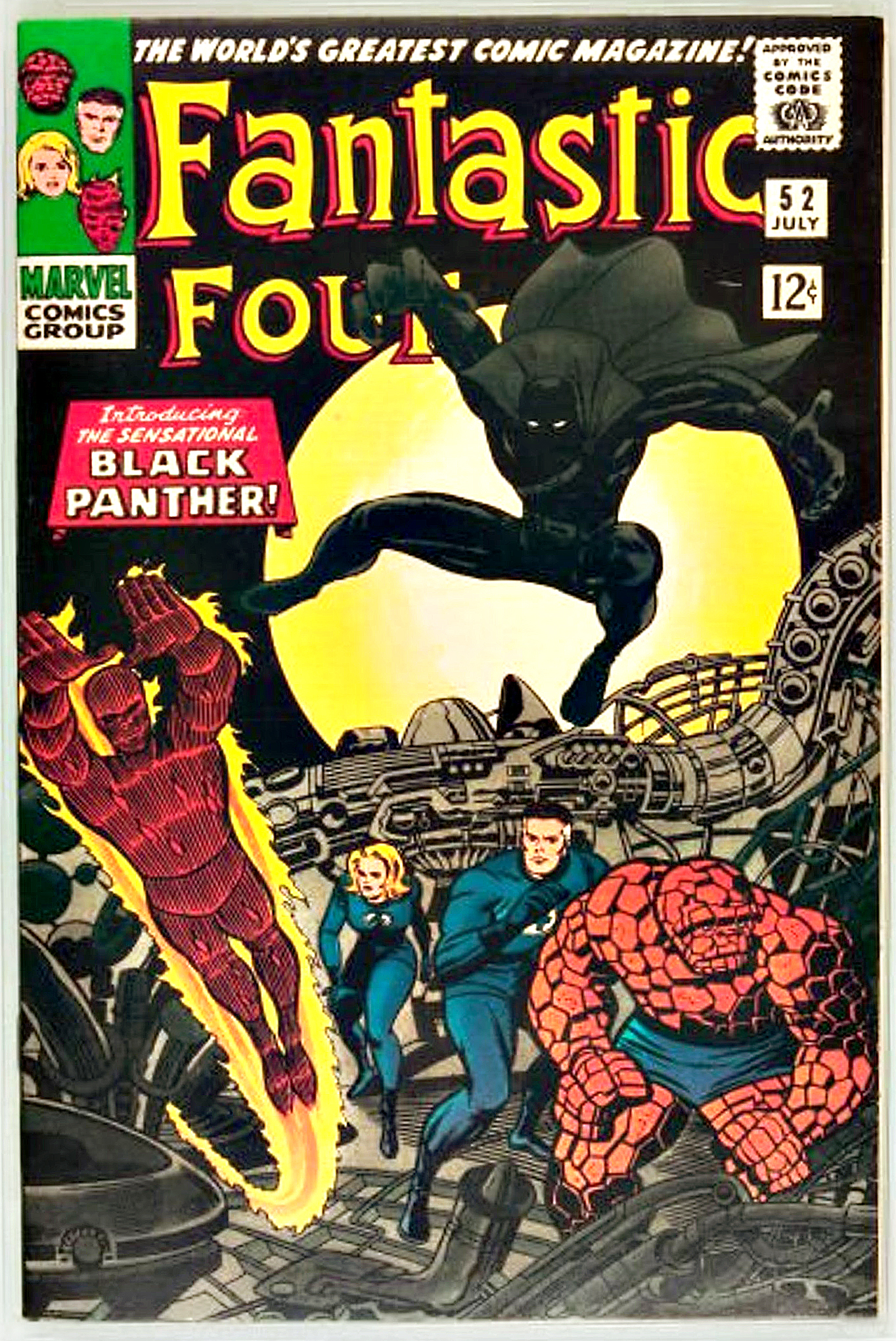 BY RYAN MATTIMORE // FEBRUARY 15, 2018
…[T]he journey from comic book to screen has taken more than 50 years: Black Panther, Marvel Comic’s first black superhero, debuted in Marvel’s “Fantastic 4” comic in 1966, and became a member of the Avengers two years later, but didn’t get his own comic until 1977. To understand more about “Black Panther” and the history it reflects, we got some help from author Adilifu Nama, author of Super Black: American Pop Culture and Black Superheroes.  Read the entire article here.
4 Lessons the Church Can Learn from Black Panther

I know what you’re thinking, “What could possibly be said about Black Panther which hasn’t already been said?” Marvel’s latest foray into the Cinematic Universe was easily one of the most anticipated movies of 2018, and since its debut, Black Panther has absolutely mauled the box office competition. The film has been praised by critics and fans of all backgrounds, inspired countless articles about the dangers of inequality, and reminded viewers how great stories can help build bridges. There’s so much to take in, and plenty which has already been discussed. For my part though, I’d like to focus on a specific audience which could benefit from the lessons found in Black Panther: the Church.

While there are many valuable takeaways to be found in this Marvel hero, here are just four all Christians should consider:

Even before its release, Black Panther had garnered a huge following thanks to its representation of Africans, woman, and people of color. T’Challa isn’t just a superhero, he’s also a king and an ambassador for his people. His sister Shuri is brave, intelligent, and funny, while the Dora Milaje are warriors who epitomize power and dedication. Each character is proud of their heritage and of who they are. They’re the type of heroes who inspire audiences down to their bones.

IT HAS BEEN ALMOST A YEAR since Barry Jenkins’s “Moonlight” won the Oscar for best picture. This awards season, Jordan Peele’s “Get Out” and Dee Rees’s “Mudbound” have received multiple nominations and accolades, optimistic signs that black filmmakers are receiving more opportunities in the movie industry. Soon these titles will be joined by two of the most anticipated releases of the year: Ryan Coogler’s “Black Panther,” the first Marvel superhero movie from a black director, and Ava DuVernay’s “A Wrinkle in Time,” the first movie with a $100 million budget directed by a black woman.

The critical and box-office success of “Get Out” and the very existence of big-studio productions like “Black Panther” are good reasons to revisit the remarkable, complex story of black filmmaking in America. For Black History Month, we have selected 28 essential films from the 20th century pertaining to African-American experiences. These aren’t the 28 essential black-themed films, but a calendar of suggested viewing. We imposed a chronological cutoff in an effort to look back at where we were and how we got to here.

BTW: Passing Marvel stablemate Guardians Of The Galaxy on Thursday globally, Black Panther has lifted its worldwide cumulative audience to $780.3M. The breakdown through March 1 is $435.4M domestic and $344.9M at the international box office.