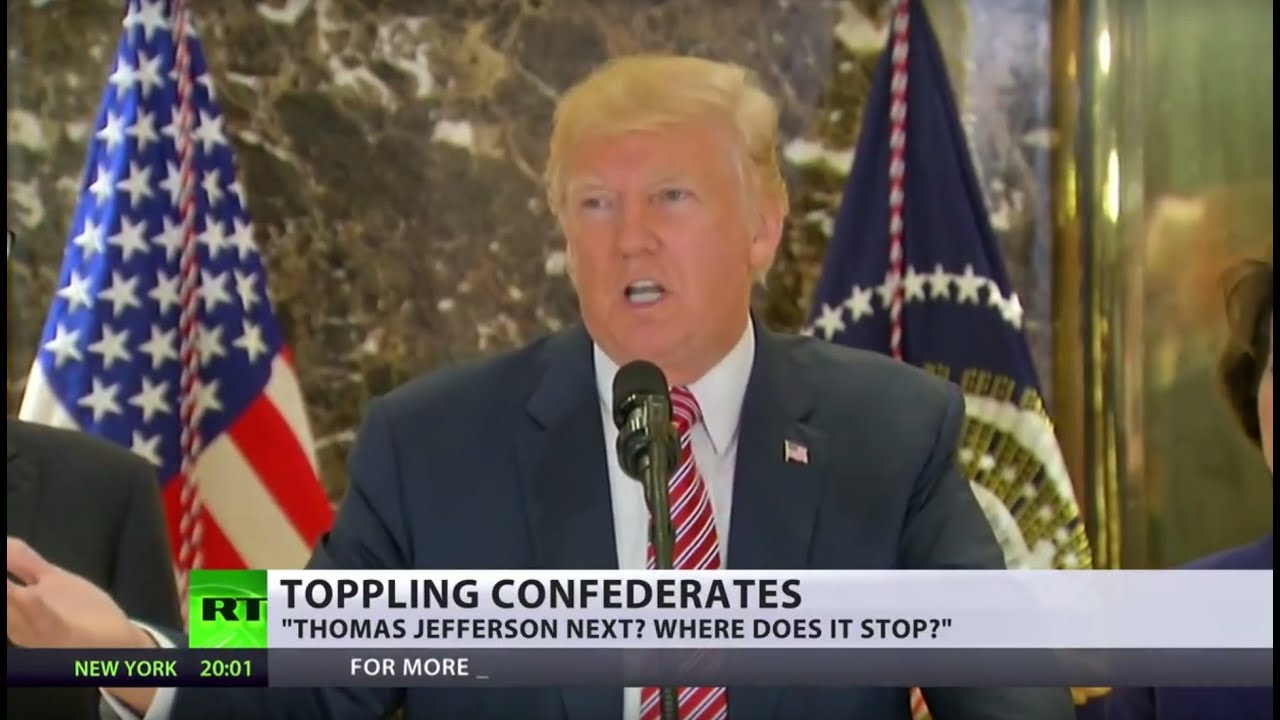 Mr. Trump’s comments drew strongly negative reactions on Twitter from many historians, who condemned his “false equivalence” between the white nationalists and the counterprotesters. But “where does it stop?” — and what counts as erasing history — is a question scholars and others have asked, in much more nuanced ways, as calls have come to remove monuments not just to the Confederacy, but to erstwhile liberal heroes and pillars of the Democratic Party like Andrew Jackson (a slave owner who, as president, carried out Native American removal) and Woodrow Wilson (who as president oversaw the segregation of the federal bureaucracy).

“The debates that started two or three years ago have saturated the culture so much that even the president is now talking about them,” said John Fabian Witt, a professor of history at Yale, which earlier this year announced that it would remove John C. Calhoun’s name from a residential college. Mr. Witt called Mr. Trump’s warning of a slippery slope a “red herring.” There have been, after all, no calls to tear down the Washington Monument. Annette Gordon-Reed, a professor of history and law at Harvard who is credited with breaking down the wall of resistance among historians to the idea that Jefferson had a sexual relationship with Sally Hemings, said that the answer to Mr. Trump’s hypothetical question about whether getting rid of Robert E. Lee and Stonewall Jackson also meant junking Washington and Jefferson was a simple “no.” There is a crucial difference between leaders like Washington and Jefferson, imperfect men who helped create the United States, Ms. Gordon-Reed said, and Confederate generals like Jackson and Lee, whose main historical significance is that they took up arms against it. The comparison, she added, also “misapprehends the moral problem with the Confederacy.”