Pope Francis issued a scathing rebuke of Catholics who prioritize some church laws and doctrines ― including those condemning abortion ― over fighting for the poor and the oppressed.

In an apostolic exhortation released Monday, Francis lamented that some Catholics think of protecting many marginalized groups as a secondary or superficial issue. The pontiff said that while efforts to restrict abortion are crucial, it’s just as important for members of his flock to fight for the rights of the “already born.”

Francis wrote in his exhortation, “Equally sacred, however, are the lives of the poor, those already born, the destitute, the abandoned and the underprivileged, the vulnerable infirm and elderly exposed to covert euthanasia, the victims of human trafficking, new forms of slavery, and every form of rejection.” 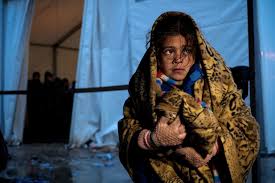