WHEN POVERTY PERMEATES THE CLASSROOM

Struggling to cope with past sexual abuse and a mother who works long hours at a low-wage job, Alex regularly breaks down while at school.

The screaming, crawling and crying of this 5-year-old at North Windham Elementary School – and the arrival of an ambulance when he sometimes begins to hurt himself – are disruptions that make it hard to keep other students focused.

“It’s a continued struggle to survive emotionally,” said Catina Cabán-Owen, the only social worker at her school of 466 students. “This child does not have the support, because the mother cannot provide it.”

Alex, whose name has been changed to protect his privacy, is watched by a neighbor while his mother works. His father is not around.

A student walks by one of the many boarded up houses in an impoverished neighborhood in Hartford on the way to school.

While Alex’s struggle is extreme, his basic story – a student living in poverty who needs help coping with trauma – is common. He is among many students for whom poverty creates or exacerbates obstacles to learning. Read more here.

Community Renewal Team (CRT) Capital City YouthBuild AmeriCorps program is currently recruiting young people from Hartford, between the ages of 18-24. The participants selected will have the opportunity to obtain their high school diploma and develop skills for success while pursuing a career in Construction or Certified Nursing Assistant (CNA).  Participants who have their high school diploma, will work mainly on completing the training of their choice while developing their skills for success as they transition to employment, post-secondary education or additional training.

If you know anyone interested, applications can be picked up at CRT Youth Artisan & Technology (YAT) Center located at 1443 Main Street in Hartford.
If additional information is needed, please feel free to contact Cynthia Baisden via email at baisdenc@crtct.org.

Adam Phillips went from rising evangelical star to outcast to leader of a new, inclusive church.

Evangelical pastor Adam Phillips moved to Oregon to start Christ Church: Portland in the spring of 2014. Nine months later, the evangelical denomination Phillips worked for kicked him out and pulled two years of funding from the church.

Phillips’s transgression? Advocating for the full inclusion of LGBT Christians in the church.

A new short documentary by The Atlantic traces Phillips’s journey from rising evangelical star to outcast to leader of a new, inclusive congregation. It’s been less than two years since the Evangelical Covenant Church dealt Phillips that blow, and in that time the pastor has built up a thriving church community that doesn’t compromise on its convictions. Watch the video here.

Poll: Cost Of Child Care Causes Financial Stress For Many Families (are you surprised?) 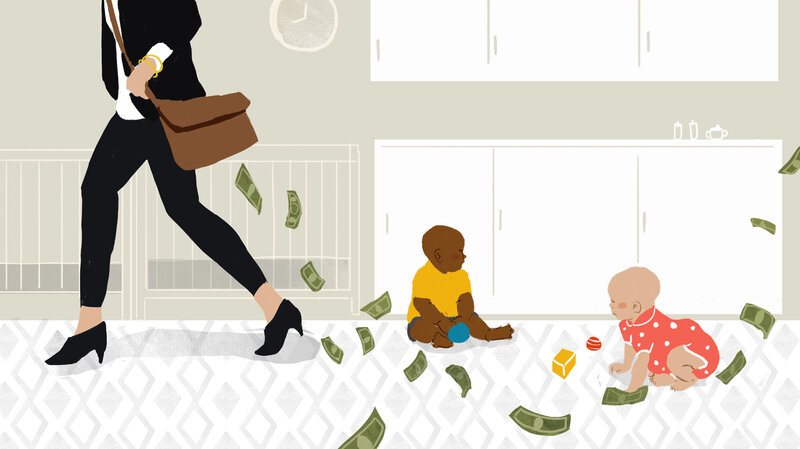 Most parents have experienced sticker shock when they find out just how much it will cost to care for their infant or toddler full- or even part-time. For parents who have little choice, this can be a big financial strain.

In fact, the most common challenge parents face when looking for child care is the high cost. That’s the finding of a recent poll from NPR, the Robert Wood Johnson Foundation and the Harvard T.H. Chan School of Public Health.

Listen to the entire program here.

Need a subsidy to help pay for childcare?   Read the article in the CT Mirror:

A bailout to close a major shortfall in a program that subsidizes child care so low-income parents can work is unlikely, the governor’s budget director said Friday.

Earlier this year the state suspended new enrollment by tightening eligibility requirements for the popular Care4Kids program, but the move did not reduce costs enough, and an $8.7 million shortfall lingers – a 15 percent structural deficit.

The state is now considering closing the remaining shortfall by further changing eligibility requirements to eliminate daycare help for about 300 families now in the program each month, a decrease of about 2,000 families over the year.