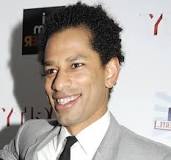 Touré     Author of “Who’s Afraid of Post-Blackness? What It Means To Be Black Now”

We should just call it what it is: Donald Trump is the leader of the White Lives Matter movement. Someone had to start it — they were gettin’ out of control. First, one of them became president and now they’re in the streets protesting every time a Black thug gets shot. They’re gettin’ a little too free.

Then Trump arrived like white supremacy’s version of Santa Claus with a bag full of gifts. He gave them swagger….

We should have seen Trump coming. We should have known that decades of Republican race baiting — from the Southern Strategy to welfare queens to self-deportation — and decades of the GOP welcoming racists in their tent would eventually lead to “Make America White Again.” We should have known that the browning of America and the growing inclusivity of America was not going to be taken lying down. Many people see all of that as code for the decline of white people. And to some, any advance by Black and brown people is a loss for whites.

A 2011 study called “Whites See Racism as a Zero-Sum Game That They Are Now Losing“ is painfully instructive.