The Key to Managing Chronic Eczema

Your skin is an amazing organ: It has a very capable barrier function, a good blood supply to call in nutrients, and the ability to repair itself. It has its own local immune surveillance system, a support system with collagen, elastic fibers, etc. (like a scaffolding on a construction site), and its own system of nerves.

But sometimes that brilliant design is disrupted, and problems, like chronic eczema, emerge. One of the most common causes of chronic eczema is genetics – some people have genes that cause alterations in the skin’s barrier properties and immune functions, which makes them more likely to get eczema, grow certain bacteria, and have ongoing problems. Chronic eczema is also caused by the environmental irritations – friction, chemicals in soaps and skincare products, cold or dry weather, etc. And, believe it or not, eczema is often made chronic by the very the medications, especially creams and antibiotics, that doctors give patients to try to treat the problem.  Read more here.

Joelle A. Murchison, Associate Vice President and Chief Diversity Officer, The University of Connecticut has been named the 2017 Living Waters Award Recipient.  The award will be presented at the 150th Annual Meeting of the Connecticut Conference on June 16-17, 2017 at the Connecticut Convention Center.

Joelle, a member of the Faith Congregational Church UCC in Hartford, serves as the University’s main strategist responsible for guiding efforts to define, assess, and promote diversity, inclusion, and educational and employment access and opportunity.  Read More

The state’s website, cga.ct.gov, has many useful tools for tracking and reading bills, including a tool to browse bills by subject. However, that tool includes too many specific subjects to get a big-picture view of how the bills break down by subject.   To follow a bill’s status click here and if you want to know what the Legislature is doing click here.

My bill, An Act Concerning Community Reentry By Persons Who Were Incarcerated, passed both chambers in an overwhelming majority. This bill will seek to improve the rate of successful community reentry for persons released from correctional facilitates through the provision of enhanced employment opportunities. As I’ve said before, there is still major work to be done with respect to the formerly incarcerated and reducing recidivism in the state of Connecticut.

There are many programs already underway in Connecticut, and we will continue to build upon and expand those efforts.

Remember to forgive and keep the conversation going,
Brandon 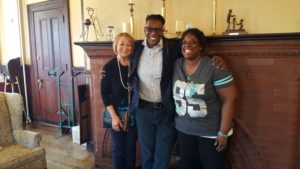 FCC Missions Ministry, in partnership with Community Partners in Action, is supporting our Back Pack program for the 3rd straight year. The program provides backpacks of toiletries for women being released from prison. Often leaving York Correctional Institution with little or nothing, these women have few resources and many needs. The Missions Ministry is asking for contributions of toiletries (or money, of course) to fill 40 backpacks for 40 women. Suggested items include:

Thinking About Retirement? Who Isn’t!

Here are some resources for free information: 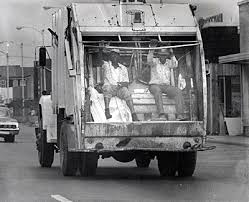