Connecticut’s network of regional magnet schools, long hailed as a national model for voluntary integration, still serve only a fraction of Hartford students a generation after their racial isolation was deemed unconstitutional. And those magnets, slipping in their effort to meet racial quotas after the 1996 Sheff v. O’Neill ruling, are now quietly tilting admission preferences to favor white suburbanites, even as thousands of black and Latino students are left out.

That leaves two public-school options for families desperate for a way out: Open Choice, a $35 million-a-year Sheff program that buses Hartford students to predominantly white suburban schools, and taxpayer-funded charters that are the most segregated schools in the state.

Neither option meets the ideals of integrated education, where robust numbers of blacks, whites and Latinos learn side-by-side. But in a world of imperfect solutions, Hartford families are flocking to choices where integration is absent — or actively spurned.  Read more here.

Community Renewal Team (CRT) Capital City YouthBuild AmeriCorps program is currently recruiting young people from Hartford, between the ages of 18-24. The participants selected will have the opportunity to obtain their high school diploma and develop skills for success while pursuing a career in Construction or Certified Nursing Assistant (CNA).  Participants who have their high school diploma, will work mainly on completing the training of their choice while developing their skills for success as they transition to employment, post-secondary education or additional training.

If you know anyone interested, applications can be picked up at CRT Youth Artisan & Technology (YAT) Center located at 1443 Main Street in Hartford.
If additional information is needed, please feel free to contact Cynthia Baisden via email at baisdenc@crtct.org.

Jamie McDonald and Cheryl McDonald Co-Owner’s of the fast-growing Bear’s Smokehouse franchise, are planning to raise the minimum wage of all their “non-tip” employees to $15 an hour. The state’s minimum wage will rise from $9.60, to $10.10, as of Jan. 1. (LAUREN SCHNEIDERMAN |) 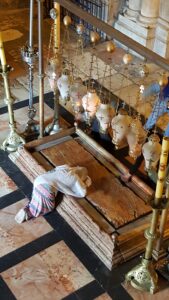 First we celebrated Advent, the 40 day period leading up to Christmas,  complete with frenzied shopping and partying. (BTW, it seems that the commercial  “Christmas” season starts earlier every year. I saw Christmas in stores in early October this year!) Now we are celebrating the 12 days of Christmas, ending with Epiphany on January 6. 12 days of Christmas? I thought that was just a song?   Well, it is, but it stands for a very real, and now very expensive, tradition.

This year it’ll cost a little more if you want to put everything from the “12 Days of Christmas” song under your tree.  The complete set of prices for buying everything in the song from a physical store is as follows:

According to Edwin and Jennifer Woodruff Tait, writing for Christianity Today,  the “real” 12 days of Christmas are important because they give us a way of reflecting on what the the birth of Jesus means in our lives. Christmas commemorates the most momentous event in human history—the entry of God into the world God made, in the form of a baby.  December 26 is the feast of St. Stephen—a traditional day for giving leftovers to the poor. St. John the Evangelist, commemorated on December 27, is traditionally the only one of the twelve disciples who did not die a martyr. On December 28, we celebrate the feast of the Holy Innocents, the children murdered by Herod.

Finally, on Epiphany (January 6), the celebration of Christmas comes to an end. “Twelfth Night” (as all lovers of Shakespeare know) is the ultimate celebration of Christmas madness (Shakespeare’s play features one of his many “wise fools” who understand the real meaning of life better than those who think they are sane). Epiphany commemorates the beginning of the proclamation of the gospel—Christ’s manifestation to the nations, as shown in three different events: the visit of the Magi, the baptism of Jesus, and the turning of water into wine. In the Western tradition, the Magi predominate. But in the Eastern churches, Jesus’ baptism tends to be the primary theme. Read the complete article here.

Medicare benefits extend to a lot of treatments and services, but not all of them. Discover what’s not covered, and learn the exceptions to the rules.

The good news: Once you hit 65, Medicare covers many medical issues entirely, and others with just a few pre-requisites. The not-as-good news: Some equipment, treatments, and conditions—like those in the following seven categories—aren’t covered at all.

Where the Public Stands on Religious Liberty vs. Nondiscrimination

The U.S. public expresses a clear consensus on the contentious question of whether employers who have religious objections to contraception should be required to provide it in health insurance plans for their employees. Fully two-thirds of American adults say such businesses should be required to cover birth control as part of their employees’ insurance plans, according to a new Pew Research Center survey, while just three-in-ten say businesses should be allowed to refuse to cover contraception for religious reasons.

When it comes to views about employer-provided birth control, services for same-sex weddings and use of public restrooms by transgender people, there are large differences between some religious groups.